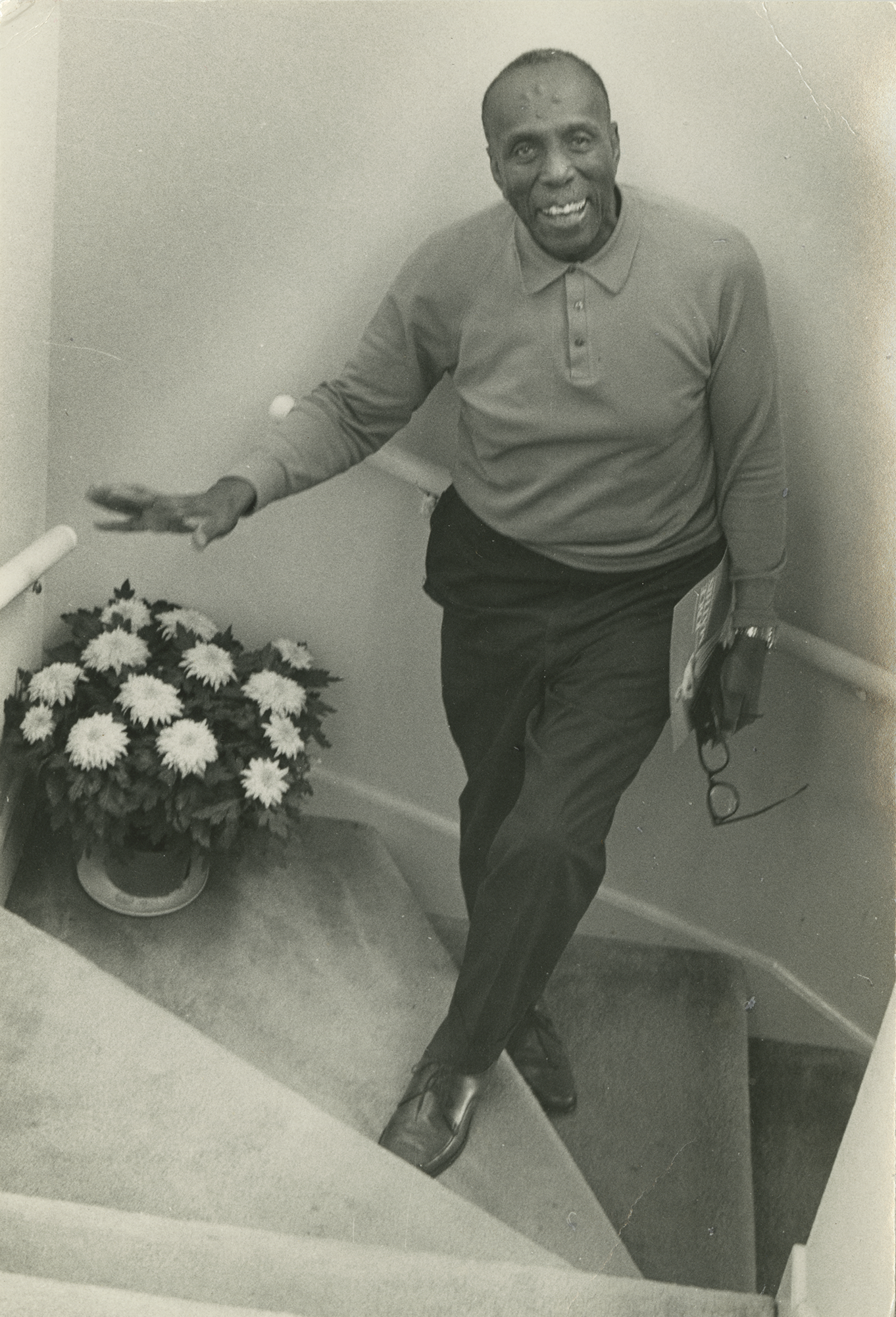 The Howard Thurman Digital Archive highlights materials in Pitts Theology Library related to Thurman's life, particularly audio recordings of Thurman's sermons, speeches, lectures, and interviews. The audio available on this site has been transcribed so that listeners can follow along as Thurman speaks and jump ahead to specific sections of the audio.

Work on this project is ongoing, as we process, update, and publish more materials each month. Our Thurman researchers on the project are writing descriptions of these audio tapes in detail. We have chosen to make audio available only once we have described it, in order to make our visitor experience more engaging. If you would like researcher access to the unprocessed audio recordings, please contact us directly.

Future components of the project include a map of Thurman's activities from the 1950s to the 1980s and topical exhibits that provide selected recordings and commentary about their impact. Read more about the project on our About page.

A full list of the audio recordings held in Pitts Theology Library is provided in our archival finding aid.

Howard Washington Thurman was born on November 18, 1899 (or 1900) in Daytona Beach, Florida. Thurman's grandparents were slaves. When Thurman was seven, his father passed away and he was raised by his grandmother while his mother worked to support the family. He excelled as a student and attended one of the three public high schools for African Americans in Florida (1915-1919). He went on to study at Morehouse College (1919-1923) and then at Rochester Theological Seminary (1923-1926). Thurman pastored Mt. Zion Baptist Church in Oberlin, Ohio (1926-1928) before moving to Atlanta and becoming the director of religious life and professor of religion at Morehouse College and Spelman College (1929-1930). He later became professor of religion and dean of the Chapel at Howard University (1932-1944).

In 1944, Thurman cofounded the interracial Fellowship Church for All Peoples in San Francisco, then in 1953 moved to Boston to become dean of Marsh Chapel and professor of spiritual resources (Boston University). He retired from Boston University in 1965. Early on in his career, while at Howard University, Thurman traveled to India and met with Mahatma Gandhi and this experience helped Thurman solidify his view toward nonviolent social activism. In the 1950s and 1960s, Thurman played an important role in the American Civil Rights movement and was influential on many prominent members of that movement, including Martin Luther King, Jr.

In 1961, Thurman founded the Howard Thurman Educational Trust, and directed it after his retirement from Boston University until his death. Thurman wrote more than twenty books, including the following: Deep River: An Interpretation of Negro Spirituals (1945, 1955), Jesus and the Disinherited (1949), The Inward Journey (1961), and With Head and Heart: The Autobiography of Howard Thurman (1980). Thurman passed away on April 10, 1981 in San Francisco, California.